Holy Shih-tzu! The problem with dog poo (and what to do about it). Lets be honest. Picking up dog poop is not the fun part of dog ownership. It’s a smelly job and somebody has to do it – that somebody is YOU. When you take on a dog, you take on this responsibility. Besides being horrible to see and disgusting if stepped in (hold that gag reflex!) dog faeces also carries harmful bacteria and diseases dangerous to both humans and animals. In the UK failing to clean up after your dog can result in a fixed penalty notice of up to £100. If you are reading this, then I’m sure you are a responsible pet parent and think nothing of dutifully scooping the poop. However, with an estimated 1000 tonnes of dog excrement produced each day by our furry family members there’s an awful lot of mess left behind by the small minority who fail in their duty. If just one person in your local community doesn’t clean up, and that dog poops a conservative 2 times daily, that’s 728 brown bacteria bombs from one dog alone per year. Say it Jeff…

Why don’t people pick up their dog mess?

There are lots of reasons why someone might not clean up after their dog. They may have been distracted and not noticed, forgotten or run out of poo bags or believe it’s better to flick it into undergrowth and let nature take it’s course. Those who do the latter are misinformed, it is not a good fertilizer. That’s why we don’t compost it (mind that gag reflex again). Dog excrement is a public health issue and can lead to significant health implications in livestock such as aborted pregnancies in cows and sheep. Neither of the above reasons are an excuse. It is an offence under The Dogs (Fouling of Land) Act 1996 to allow your dog to foul and not pick up the mess. If you see someone failing to pick up after their dog, you could try politely bringing it to their attention and offer a bag if they need one. Repeat offenders should be reported to the dog warden of your local authority, who will need as much detail as possible.

The issue of dog poo has been raised as a concern in my local area, with a risk of dogs being banned from playing fields due to the failure by some to clean up after their dog. Despite there being plenty of bins present to dispose of dog faeces it was being left in an area heavily used for sports. Indeed my own two children and husband regularly play football on these fields! In response I decided to ensure there was one less excuse by creating and installing a doggy poo bag dispenser where people can take a bag if they need one. It was so simple and I’ve been really pleased by how well it has been received by the community, with like minded dog walkers donating spare bags to share. 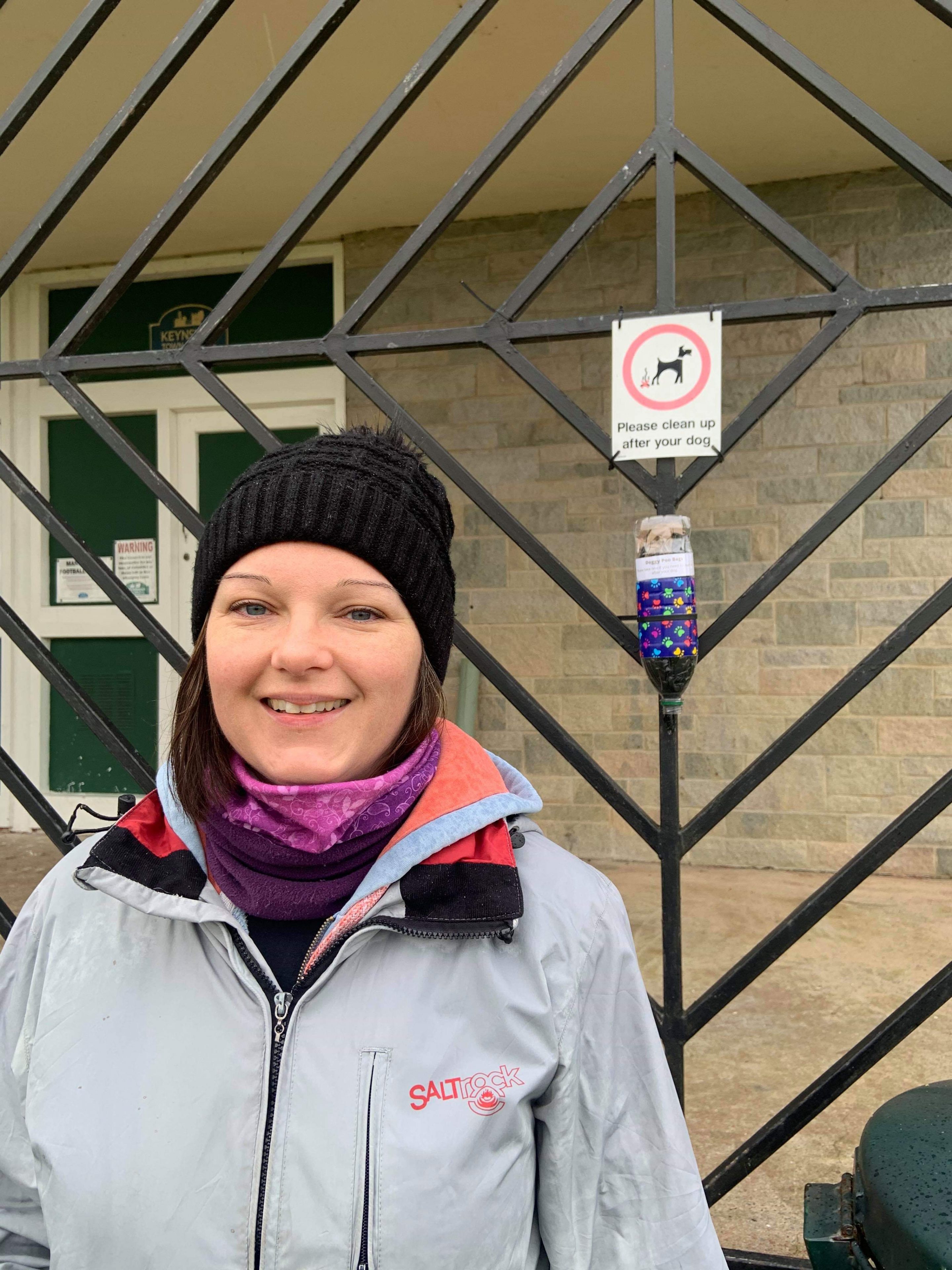 How to make a doggy poo bag dispenser:

You will need a clean plastic bottle, a small scalpel or craft knife, some general purpose sandpaper, zip ties and a supply of bags. (You could even re-use plastic bags, any plastic packaging such as bread bags will do.)

You might like to add a sign or notice inviting people to take a bag to pick up their dog poo and place it in a nearby bin. You could even decorate it if you wish. 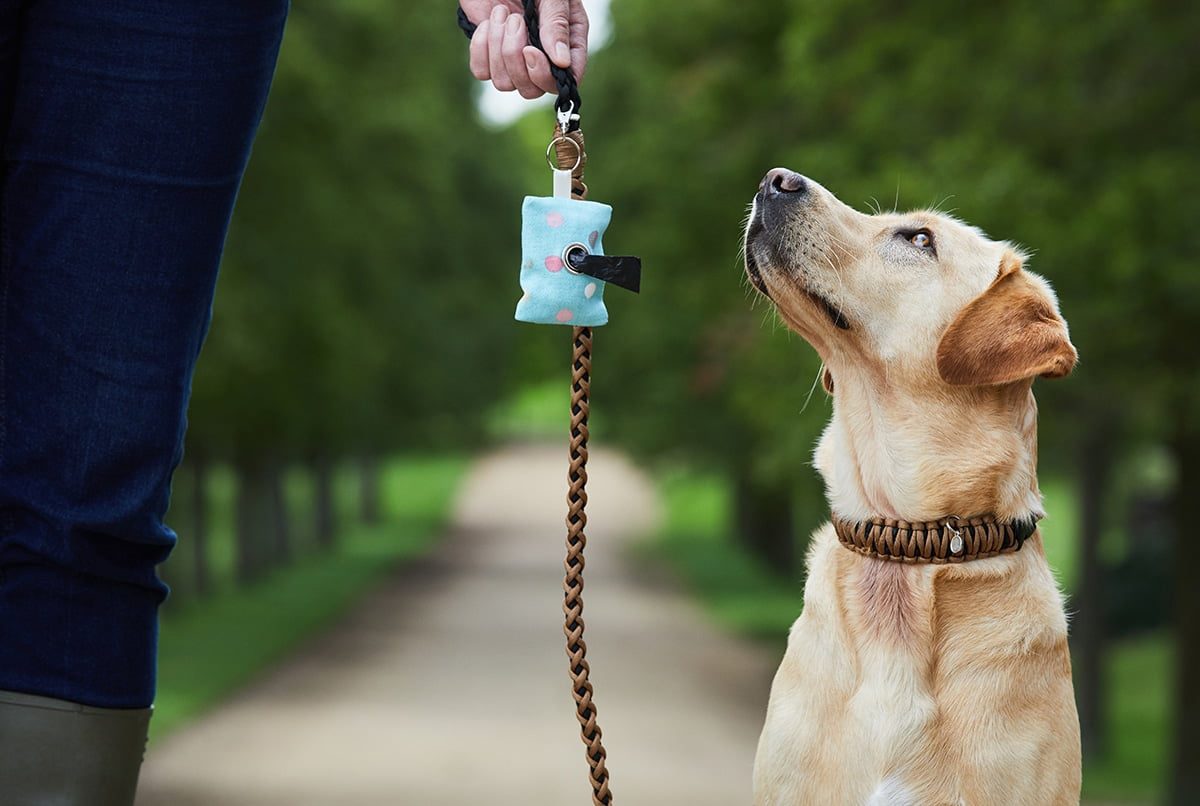 Are your pockets filled with poo bags which blow away in the wind when you take something out of your pocket? My doggy poo bag holders are a neat portable dispenser to keep your bags close to hand whilst on your walks. Each one holds a roll of poo bags and has a handy clip attachment so you’ll never forget your bags again. I keep mine clipped to my bag so I can just grab it and head out for a walk. Order yours here: Doggy poo bag holders 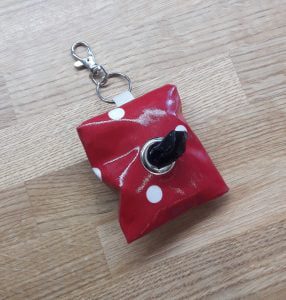 Dog fouling is an issue which affects all people in both town and country but the consequences for dog owners is that our access to areas to exercise our four legged friends could be restricted in future. This would be such a tragedy and I hope this blog inspires you to take steps to keep your commuity a clean and safe environment to be enjoyed by everyone. If you have made a poo bag dispenser for your local park I’d love to hear about it! #onelessexcuse

Where shall we go next?

Send in the Dogs! Attending a fun dog show

All prices include postage! Dismiss