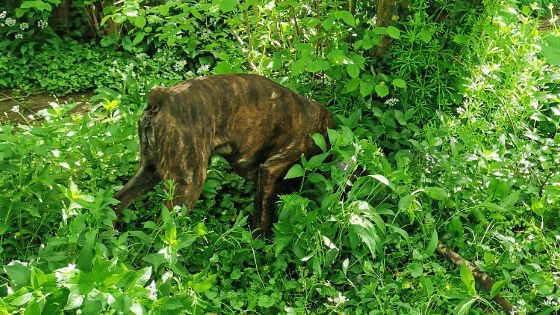 Whilst walking Bosun, I sometimes get passing comments on the practice of docking dogs tails. A lot of people assume my boxers tail has been docked, and are quick to make their views on the matter known.

They are often surprised however when I inform them that Bosun has not had his tail docked. He is a BOBTAIL Boxer and was born with a naturally stumpy tail! 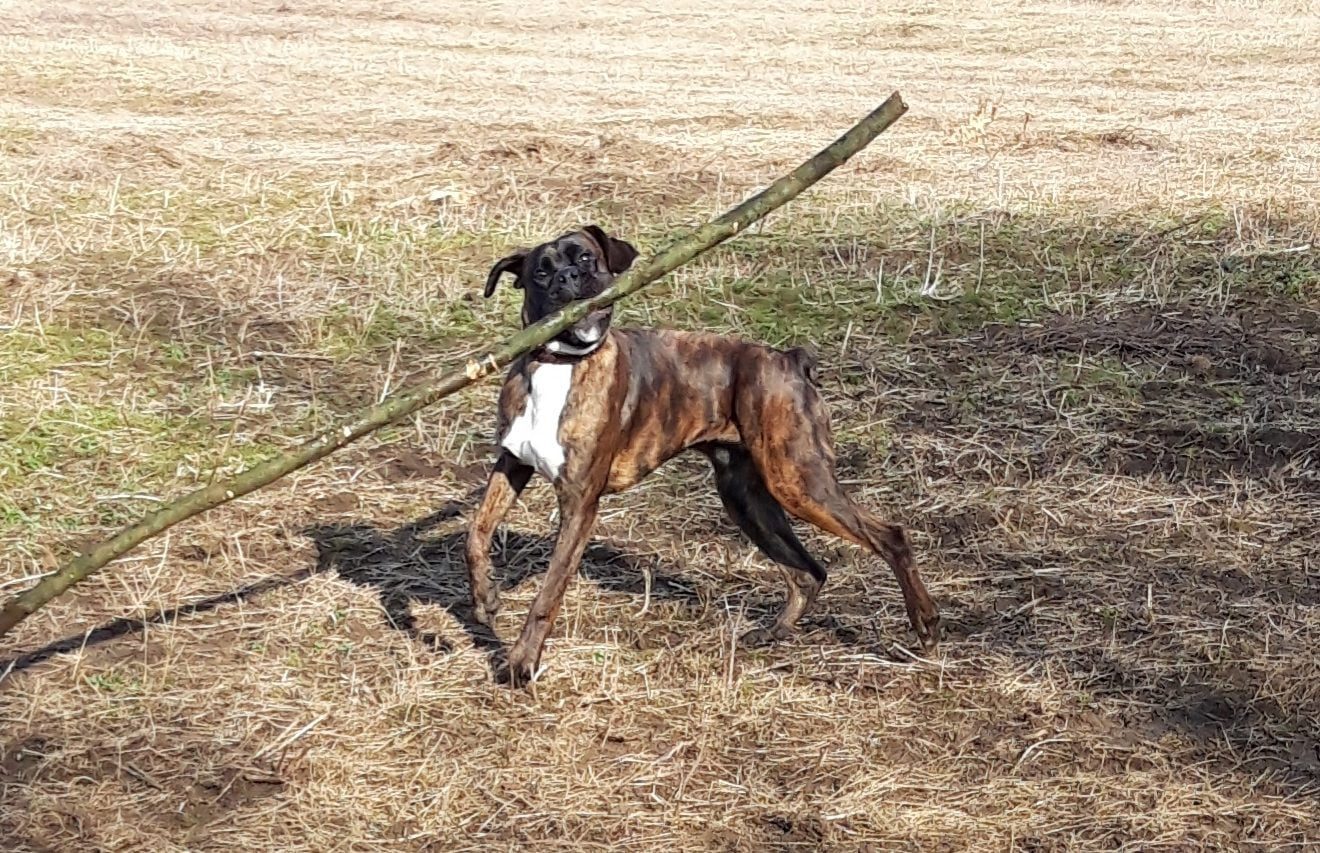 Docking is considered a mutilation and is banned in the UK as follows:

The rules on showing dogs with docked tails also varies between the devolved nations.

It is a contentious issue, but exemptions have been made to working dog breeds because of strong supporting arguments that they are at greater risk of painful tail injuries often leading to medical intervention in adult life. The docking or partial amputation is therefore carried out as a preventative measure. Anyone who has seen the frantically excited wag of a Springer Spaniel tail can see how injuries could happen. It should be noted however that the British Veterinary Association view on tail docking is that it should be banned as a procedure for all breeds of dogs, unless for medical reasons (e.g. injury). The docking of working dogs must be carried out by a vet to puppies less than 5 days old and never for cosmetic purposes.

Although categorised as a working dog by the UK Kennel Club and historically used their native Germany during the war and as police dogs, typically Boxers in the UK are companion and family dogs and a such the docking of their tails is no longer permitted unless for medical reasons. (In the United States, where Boxers are consistently ranked within in the top 10 most popular dog breeds, docking of tails and the cropping of ears remains common practice for cosmetic purposes.) 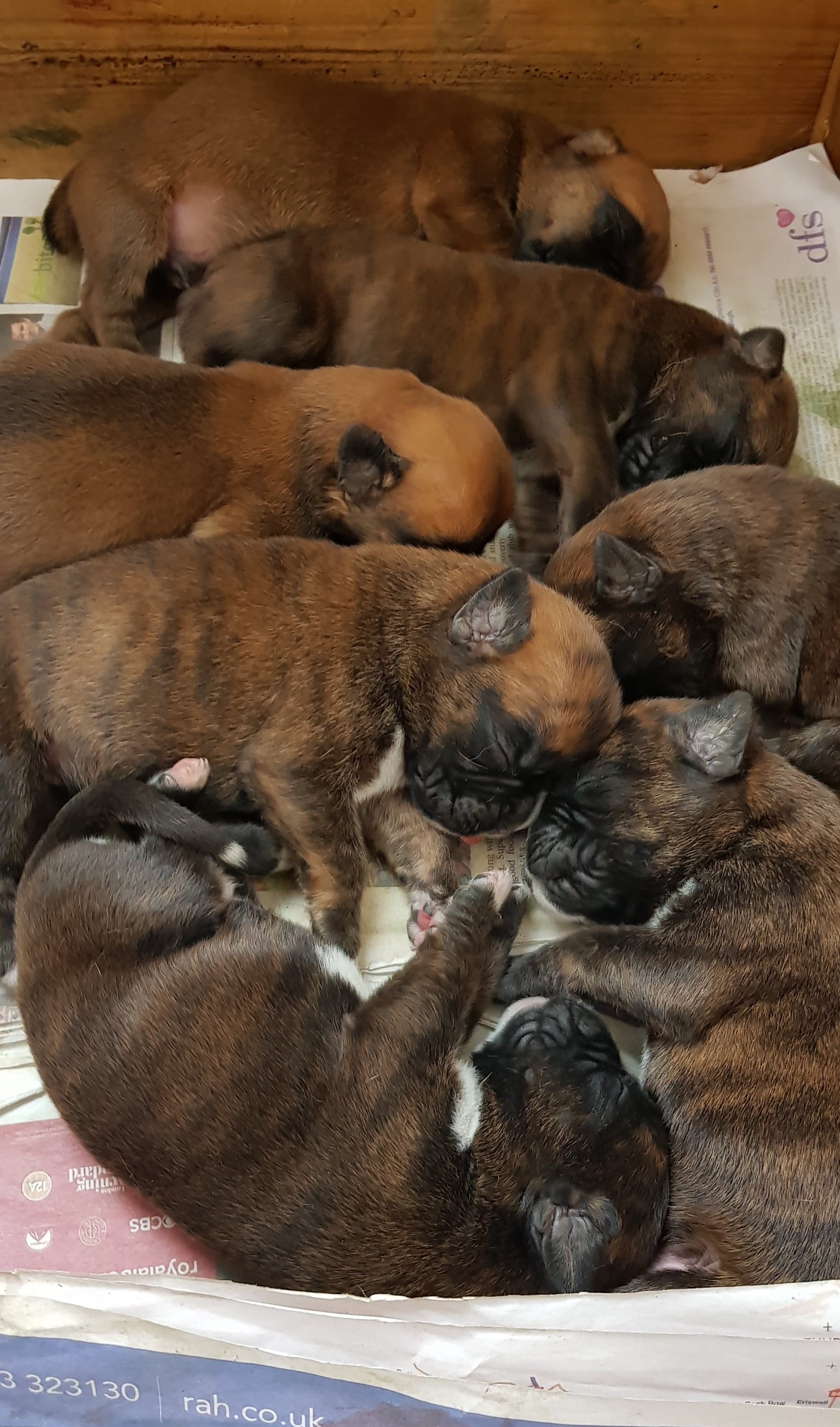 Bosun with his littermates – you can clearly see the puppy in the foreground has a long tail.


The bobtail boxer variety was developed in the UK during the 1990’s by Dr Bruce Cattanach of Steynmere Boxers. Dr Cattanach was a champion boxer breeder and exhibitor with degrees in genetics and in anticipation of the ban, bred the bobtail line by selecting the genes from the naturally short tail of the Pembrokeshire Corgi. The length of the bobtail can vary, and not all puppies bred in a litter will be born with the short tail. Bosun was one of 7, and only he and one other were bobtailed. (Just like Labrador litters, where the puppies may be of assorted colours!) The trained eye can identify a natural bobtail from a docked tail, as the bobbed will have tail bone which narrows to a point with a fleshy pad covering the end and usually a tuft of hair at the tip of the tail to finish, whereas a docked tail will be blunt.

Some purists believe the bobtail is not a true boxer and make jibes that they are ‘Borgis’ however after the 4th generation were accepted by the UK Kennel Club as a pedigree and this will be noted on their certificate. They carry less than 1% of the Corgi gene, and are typical of the Boxer breed in every other way – playful, energetic and fearless. They are no more or less susceptible to health issues and Dr Cattanach led further work and research into improving the overall health of the Boxer breed. 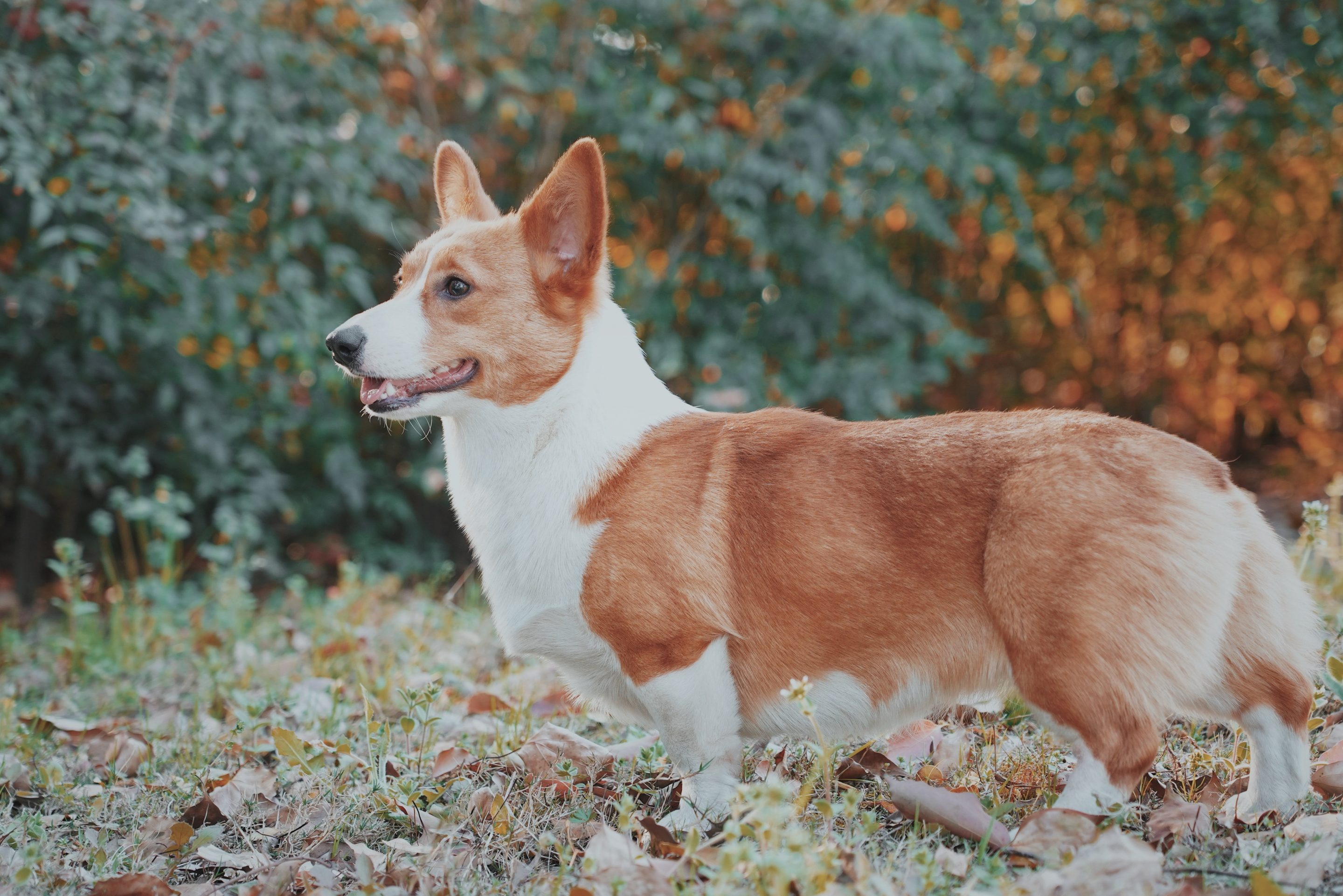 My own view is that all pedigrees were bred through the selection of desired genes and characteristics, and choosing a bobtail is no different than choosing a chocolate lab over a yellow one. As for body language, the absence of a tail has not caused us any issues as there are other ways to observe behaviour such as body posture and ear positioning.

Other dog breeds with naturally short or stumpy tails include the French Bulldog and Boston Terrier, both have been selectively bred for this physical characteristic originating from a mutated gene. A few others also carry the mutated gene and can be found both with bob or long tails, such as the Brittany Spaniel and Old English Sheepdog. The Boxer however is the only breed for whom the mutated tail gene has been deliberately introduced.

So please be assured, my Boxers tail has not been mutilated and he doesn’t miss his tail as he never had one! If you do happen to see a boxer (or other dog) with a docked tail it may well be that this has been a necessary medical procedure due to painful damage to the tail and not for vanity. In my experience people are always happy to stop and engage in a conversation about their dogs so if curious, stop and ask the owner about their dog. Watch out for boxer slobber though – apologies in advance!

Where shall we go next? 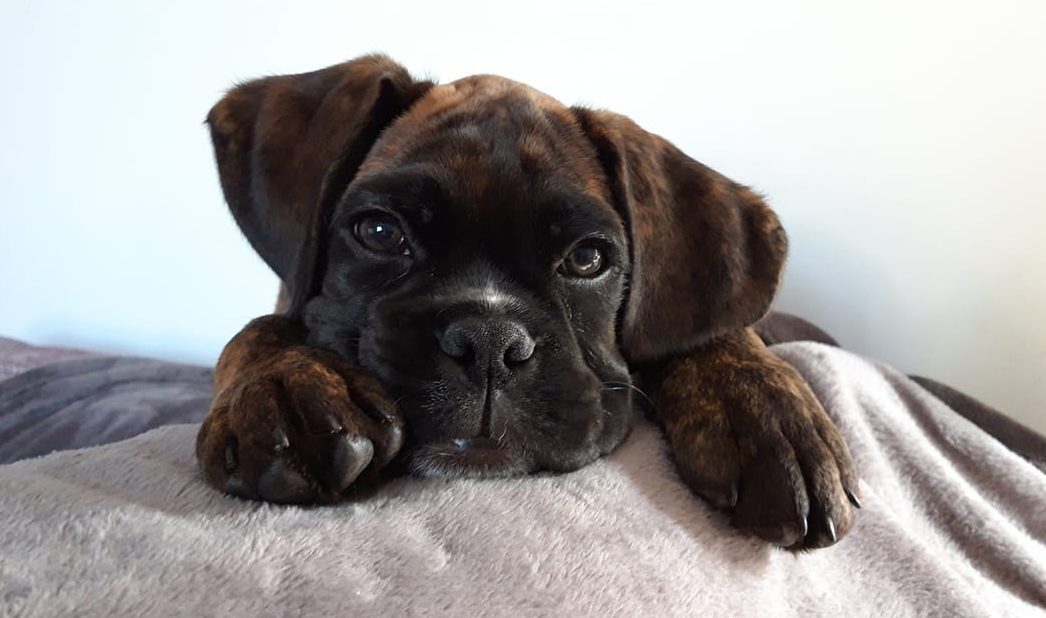 All prices include postage! Dismiss